Just want to say Happy Birthday to my good friend Alan and also to my younger brother Wasim, who are both celebrating their birthdays today! Hope you guys have a wonderful day. 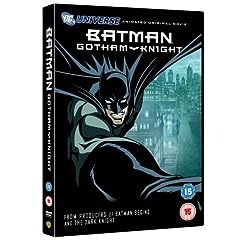 Chris Abani tells stories of people: People standing up to soldiers. People being compassionate. People being human and reclaiming their humanity. It’s “ubuntu,” he says: the only way for me to be human is for you to reflect my humanity back at me.

This is one of the most touching Ted Talks I have ever seen. With just a few simple, and unbelievably powerful stories, Chris Abani delivers messages of hope, human compassion and what I think he sees as the essential goodness within each of us.

Had another great shoot this weekend, and arguably the hardest shoot I have had so far. The Forest of Arden shoot is actually just outside Birmingham so it was a doddle to get to for us, the entire club was represented and we split up into two groups. I shot with Simon, John and Tony; Richard shot with Phil, Alex, Cliff and Andrew. It was a difficult shoot … Forty 3D targets over some pretty long distances at wildly different elevations, plus no lunch break – we started at 10:30 and finished at around 5pm, so yeah by the end of it we were all shattered. The shoot itself was really well laid out and spread throughout the forest, it’s the first time I’ve ever taken part in an event that featured only 3D targets, in other words no 2D pictures! The targets themselves varied in size and shape, from Lions to tiny crocodiles. What made this so challenging though was that a) the targets were generally much further away than on any other shoot I’ve competed in and b) the elevation of the targets also varied. Some were at the top of a hill, others you had to shoot down at from the top of a 30 ft hill. This meant there were no easy shots, particularly if you are shooting with longbow or in the HT category where you have to compensate for elevation and distance far more than archers who use compound bows.

Although I think I did very very well I did loose in inordinate amount of arrows, some were lost in the undergrowth which was very dense, and with some of my others the points came off rendering them useless 🙁 I even ended up having to borrow a couple of arrows from Richard and John to complete the shoot, but because these were much heavier than my normal arrows it was far more difficult to shoot with them over these distances. . Simon lining up a shot.

I still think I did really well though, at one point I went through a 6 target spree, scoring a kill / inner kill with my first arrow on each which is a great feeling especially when you having to judge distances with just your instincts. It’s all great preparation for the Southwest Challenge in Devon from the 1st -8th of August, which I’m taking part in this year, and am really looking forward to.

Been doing a lot of thinking recently about network effects, participation and collaboration. This Ted talk by Clay Shirky, although three years old, was made available a few day’s ago and might seem a bit dated to some, but Shirky demonstrates and explains how closed groups and companies will give way to looser networks where small, often individual, contributors have a significant roles and their fluid cooperation replaces rigid, institutional, planning.

This is hugely relevant to our thinking in our Xiphos division and the projects I’m currently working on.

Had fun last weekend on what was my first NFAS field shoot in a couple of months, wasn’t too sure how i’d get on, but we did practise during the week leading up to the shoot at Audley Bowman’s near Stoke. We also decided that since I’m competing in the Great Devon Challenge on the 1st August, which is an 8 day shoot, I needed to switch to slightly more powerful bow. The Audley shoot was the first time I had ever shot with it and I have to confess it was not easy, I struggled to draw the bow at first, but during the course of the day I became used to it. So much so that I scored one of my highest scores ever, 484, and actually managed to outscore all the the members of our club.

It was a slightly unusual shoot from my perspective because it was divided into two separate courses, each of 18 targets. The two courses were set up in a field and in a wood about a half a mile away so it might have been a little disconcerting for the locals to see a hundred or so archers wandering through their village. It was also a very wet day, hence a lack of photos, but it was thoroughly enjoyable.

It was also the first shoot in which every member of the club took part – so KNTA was well represented on the day, it was me, Richard, Cliff, Simon, John, Tony, Phil and Alex. I was competing in the mens HT along with Simon, whilst Phil was competing in the Junior HT. Everyone else was shooting longbow on the day. Tony, Phil and Alex all won medals on the day in their individual categories which was great for them and for the club. It was a great day, as usual all my pictures are on flickr here.

Pretty interesting talk by Prof. Abraham Bernstein. He suggests that the Semantic Web presents the vision of a distributed, dynamically growing knowledge base founded on formal logic, but this is inaccessible to casual users.

Im still mulling over everything he covers … but it’s well worth watching.

My friend/colleague Elliot recently did the exercise over on his blog and I thought I’d follow suit.

1) Look at the list and bold those you have read.
2) Italicize those you intend to read.
3) Underline the books you LOVE.
4) Strike out the books you have no intention of ever reading, or were forced to read at school and hated.
5) Reprint this list on your own blog.

I’ve adapted this slightly, and have only highlighted things I’ve read.