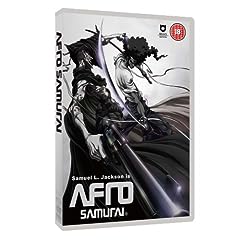 Afro Samurai
I really enjoyed this movie, it’s several genre’s rolled in to an action packed animated film. It’s not difficult to tell that the film is heavily influenced by Blacksploitaion Films, Standard Eastern Anime and Japanese culture. The visuals are exceptional, the animation is amazing. The story is simple – Revenge, ’nuff said’. I have to say though that it certainly isn’t for the feint hearted or the squeamish! Be prepared for blood, dismemberment, and some pretty strong language. The voice of the Afro Samurai is provided by the uber-cool Samuel L. Jackson, and the voice of his nemesis is provided by the bone-chillingly evil Ron Perlman (Hellboy, Alien Resurrection). At 175 minutes long the movie was originally a short series, but I actually preferred watching it in one go. 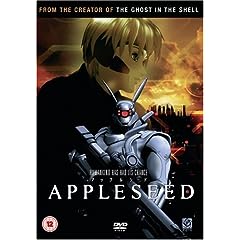 Appleseed
Based on Masamune Shirow’s acclaimed manga, APPLESEED is a haunting and thrilling vision of an apocalyptic future in which human life is slowly being controlled by a new breed of Biodroids, creatures that are half android, half man. In this future, the remnants of the world’s governments create a city named Olympus designed to be a utopia. However, this utopia is controlled by the Biodroids, and soon the human population has had enough. Rallying together a band of terrorists, the humans decide that they must destroy Gaia, the computer that runs Olympus, thereby freeing themselves and delivering a fatal blow to the reeling superpowers.
Visually this film is stunning, the semi-cell drawn animation gives it both a 3D feeling but also allows the movie to retain a strong sense of a traditional Anime. It’s so good I converted the DVD to put onto my iPod so I can watch anywhere! 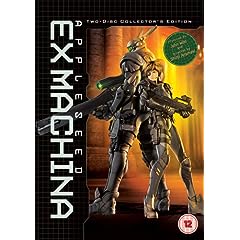 Appleseed – Ex Machina
This computer-animated feature continues the story of Deunan Knute, a woman warrior whisked away from the ruined battleground where she lives to a distant city in which mankind seems to have put its destructive past behind it. The utopia of Olympus is maintained by the Bioroids, artificial people whose emotional capabilities are diminished in order to balance the careening passions of regular human beings. As a member of ESWAT, Deunan finds herself threatened by cyborg terrorism, a surprise attack on Olympus, and the appearance of Tereus, a human doppelganger for her cyborg lover and partner Briareos. Whilst I didn’t think this was a good as the original it’s still a stunning movie that remains true to the Manga. 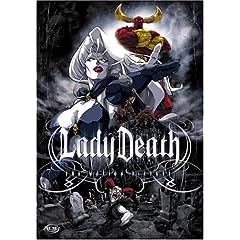 Lady Death
This was a pretty dark movie – Hope is a young noble woman living in 15th century Sweden who has no idea her father Matthias is actually Lucifer. When the town priest discovers his secret, Matthias escapes to Hell, leaving his daughter behind to pay for his evil. As her execution draws near, she is given a horrific choice by Pagan, one of Lucifer’s minions. When she takes Pagan up on his offer, she quickly learns why her father is “The Lord of Lies”, as she is sent to Hell, betrayed, beaten, and left for dead. Her soul undergoes a transformation and becomes vengeance incarnate, a being with awesome powers, and a strong fighting prowess. She becomes “Lady Death” and vows to overthrow Lucifer himself. Whilst it all sounds pretty silly, it was fun, I wouldn’t rate it as an Anime masterpiece but it was entertaining.

3 thoughts on “Some quick Anime reviews”