Daniel Suarez talk is one I think everyone should watch. The more I consider his words the more I’m convinced that he is right in calling for international ban on the development and deployment of autonomous killer robots. He makes many good points during the talk but here are the ones that really made me stop and think:

because as we migrate lethal decision-making from humans to software, we risk not only taking the humanity out of war, but also changing our social landscape entirely, far from the battlefield. That’s because the way humans resolve conflict shapes our social landscape … Now if responsibility and transparency are two of the cornerstones of representative government, autonomous robotic weapons could undermine both … And this is why we need an international treaty on robotic weapons, and in particular a global ban on the development and deployment of killer robots. Now we already have international treaties on nuclear and biological weapons, and, while imperfect, these have largely worked. But robotic weapons might be every bit as dangerous, because they will almost certainly be used, and they would also be corrosive to our democratic institutions.

I’ve been reading a lot over the last few months, and whilst I wish I had the time to write a fuller review of each of the following, I know I just wont have the time. Therefore I’ve written a short review for each of these titles. 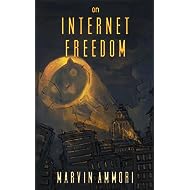 Marvin Ammori is a leading campaigner and legal expert on net neutrality and keeping the internet free. This is an excellent book – and it brings together a set of stories that underline why the Internet changes not only how we think about free speech, but how we must seek to protect and promote it. The message is a simple one – that the Internet has come to be the most important engine of free expression in history. Yet it could also be broken due to the missuse of government and corporate power – motivated by fear, greed, and misguided notions of responsibility. This book does succeed in providing some hope that the spirit of activism on the Net is mobilising people to defend their rights.This book was written against the backdrop of SOPA and was therefore very timely. 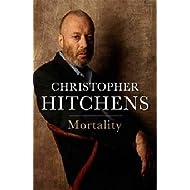 I’ve always admired Christopher Hitchens, and over the years have read many of his articles and books. He was never one to shy away from making a principled argument. It comes as no surprise that one of the most remarkable polemicists this country has ever produced didn’t leave without having a few important things to say. It is a sobering and often harrowing account of Hitchens final “year of living dyingly” as describes his battle with Cancer in seven essays. The essays begin with Hitchens being diagnosed in June 2010. The openness with which he relates the news is, I think, brave, and his shock is palpable. But I think what I admired the most was rather succumb to rage he instead favours Curiosity. The cancer robbed him of his two main attributes: his voice and the energy to write and its his reflections on these two aspects of his illness that are the most poignant.

Church of Fear : Inside the weird world of Scientology – John Sweeney 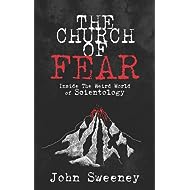 There is something fascinating about cults and I’ve read about many over the years in particular learning about the human rights abuses they were guilty of, and often trying to understand how they got away with it. Scientology is one of the worst offenders. I was introduced to it when, at the tender age of 17, someone tried to sell my a copy of Dianetics after asking me to take a “test”, I had time to kill so humoured the individual but I recall after a 20 minute interview I’d learned enough to know it wasn’t something I wanted to be part of. Many people have seen John Sweeney’ documentaries about the Church of Scientology which were disturbing and often difficult to watch. This book lays bare just how terrifying this organisation has become. Sweeney details many examples of people who have either left the church and are critical of it and then extraordinary lengths to which the Church will go to harass and besmirch these individuals. Found myself agreeing with Sweeney when he wrote:

It is as if there is in the United States an eleventh commandment: “Thou shalt not criticize another man’s religion” The danger is that in America they are so afraid of religious un-freedom that they fear to discriminate between a religion and a confidence trick. 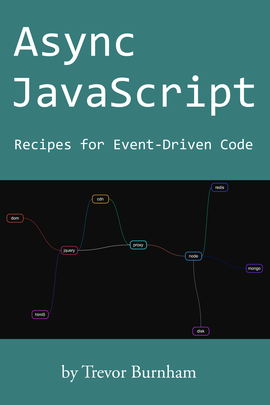 If you are interested in learning more about asynchronous programming in JavaScript I highly recommend this book. The first chapter alone on “The JavaScript Event Model” is worth the price of the book. Technical books about programming languages often focus on the mechanics of a particular language – how it works. Occasionally a book (or an article or blog post ) comes along that transforms your entire perception of a language. This, for me, is definitely the latter. This book was in no small part the catalyst for my current love affair with NodeJS. In a very clear and concise manner, concepts such as the Pub/Sub model, custom events, Promises/Deferreds and Web Workers are detailed with good clear code examples. I think its only available on the Kindle now, but if you’re starting off with NodeJS, or your battling with async code read this book!

How they started in tough times – David Lester 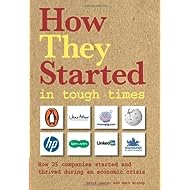 I’ve never read any of the other books in the “How they started” series. However this one was recommended to me by a friend, and it was well worth reading. The book profiles a wide variety of businesses most you will have heard of. Many insights are given into just how these businesses got started and survived in hard economic times. Given the current economic climate, I found the book actually offers hope rather than the typical doom and gloom. The particular companies that are profiled include Wikipedia, Moonpig, Mumsnet, LinkedIn, Walt Disney, Penguin and many more. Pretty inspirational actually.

After the Apocalypse – Maureen F. McHugh
I love reading science fiction and fantasy, this was a wonderful collection of short stories that are about life after an Apocalypse. Any large enough catastrophe is an apocalypse of sorts, leaving lives altered in its wake, with survivors who still need to live in a changed world. What I really liked about this collection is that those survivors are simply everyday people caught up in events, and the choices they make are as varied as human beings can be. With “near-future” being one of the hot topics in science fiction at the moment After the Apocalypse succeeds where others don’t by depicting ordinary people trying to get on with their ordinary lives as best they can, despite the hopelessness and horror around them.