… He taught me how to be strong in all the broken places.

Tennyson’s The Lady of Shalott is easily one of the most beautiful and memorable poems I’ve ever read. I love reading the poem but it always leaves me feeling more than just a little grief stricken – as a theme unrequited love can be pretty painful. Whenever I pick up one of the various collections of Tennysons work’s that I have, no matter what else I read, I feel drawn to this poem it’s as though I have this terrible fixation with it – I’ll always read it. There’s something about it … it’s hard to articulate, erm … actually its probably not hard to articulate I’m simply choosing not to 😉

Nevertheless I was introduced to some of Loreena McKennitt’s musical works recently, amongst her many songs is this absolutely mesmerising adaptation of Tennyson’s poem:

All I’ll say is it pretty much moved me to tears … I wasn’t listening to the YouTube video itself (I bought her album on iTunes) so whilst the imagery in the video is pretty, I don’t find it particularly moving. I was listening to the song on my iPod and following the words in the poem. It really is one of the most beautiful songs I’ve ever heard, and she succeeds in bringing each stanza of the poem to life …

Had a wonderful time today, took part in the Oaktree Archers Shoot just outside Droitwich. Everyone had a great time, I was pretty happy with my score for the day have to confess I really struggled in the second half because it was so cold. Cliff was the best of our archers today only beating Richard by 14 points. It was Simon and Alex’s first shoot and both did extremely well.

I’ve posted a load of pictures up here.

I had a lot of fun yesterday, my good friend Alan invited me to come up to Lancaster to do a special guest lecture on Usability and Web2.0 – I was asked to talk about the demands Web2.0 put on real world development, and the usability issues we now face. The lecture was intended mainly for his undergraduates but he invited the MSc, MRes and PHD students to attend as well.

I must confess I was very nervous it’s been a long time since I’ve had to stand up and talk for ninety minutes – I had also spent much of the weekend trying to prepare my slides and work out how to I was going to talk, intelligently, on a subject area that encompasses so much. I have to thank Richard Wallis and Rob Styles, two of my friends at Talis who both provided me with some great advice last week when I approached them and said “arrghhhh I’m panicking!I know what I want to say I’m not sure how to structure it“, fortunately they both gave me some great advice so I spent the weekend trying to organise my thoughts.

In the end it was fine, I really enjoyed the session and Alan did his best not to embarrass me ( too much 😉 ). I started by talking a little bit about the Web1.0 and the sorts of usability mistakes  that were common back then ( and perhaps still are now ), I went on to talk about the differences between Web1.0 and Web2.0. I then focused on Web2.0 and the kinds of usability problems that we are having to consider and find solutions to at the moment and tried to cover broad range – technology, accessibility, identity, authority, privacy etc. I also talked about Search as a usability problem, and how we still can’t find what were looking for, I explained why this leads me to believe that Google is broken. This flowed nicely into the final part of my talk which focused on the semantic web and some of the work we’re doing at Talis.

The slides for my presentation are now available online here.

Richard and I, along with his father and brothers, went to the NEC Bike Show over the weekend, it was a lot of fun there were some amazing bikes on show and I managed to take a load of pictures, some of which I’ve uploaded to my flickr account – enjoy.

Here’s a couple of my favourites: On Sunday I attended my first ever  NFAS field shoot. It was in Seedfield near Manchester so Richard and I got up pretty early Sunday morning and made breakfast for ourselves and John (Richard’s father) and Cliff (Richard’s older brother). After breakfast we set off around 7am, and got there just before 9am.

There were at least 80 archers competing on the day, everyone seemed very friendly so I didn’t really feel out of place and in fact I had a lot of fun chatting to some of the other archers. I took a load of pictures from the event which I’ve posted up on my flickr account.

It was my first ever field shoot so I wasn’t entirely sure of what to expect, but basically there were twenty targets scattered around this pretty large wood. The archers are divided into twenty groups of four. Each group begins on a different target. As all the members of the group finish shooting you move to the next target and so on. We go around the entire course twice. To put it into perspective, it took just under three hours to go around the circuit once.

You have to shoot at each target from one of three pegs that are placed at different distances. The red peg is the furthest and the blue peg the closet to the target. The idea being that you shoot once from the red peg, if you score then you don’t shoot again. If you miss however you then have to move to the white peg, if you miss there you move to the blue peg. So you shoot a maximum of three arrows at each target. You can score a wound, a kill or an inner kill, with points awarded based on which beg you scored from for example an inner kill from the red peg on your first arrow is worth 24 points.

What makes field shoot’s far more interesting is that you don’t neccessarily have a clear line of sight to the target as this picture shows (click to enlarge): I often found myself having to shoot between trees, and since the targets can be at different elevations and varying distances it made the whole experience far more challenging. Up until this shoot I had only ever shot indoors at a fixed elevation which was roughly head height. I had no idea how I would get on in a forest.

Here’s a pic of the four of us: By the end of the day I was exhausted, everyone was! But I was over the moon … I managed to score 424 on my first ever shoot which apparently is an incredible score, considering I actually out scored a number of seasoned archers and I’ve only been doing this for five weeks!  I had a good teacher tho 😉

I’m really looking forward to the next field shoot which is on December 16th!

Found this wonderful TedTalk on You Tube by Dan Dennett, it summarises some of the ideas that he discusses at length in his new book Breaking the Spell: Religion as a Natural Phenomenon. I’ve always enjoyed reading his books. Dennett is a committed atheist, but this does not make him an enemy of the religious. His arguments and analysis are fair and the book’s purpose valuable and unlike Dawkins, Dennett takes a measured and rigorous approach: he seeks to explain religion rather than attack it. I’ve been reading his new book for a couple of days now and am thoroughly enjoying it. The Ted Talk below is very short but nevertheless Dennett manages to make some convincing arguments about the nature of ideas. 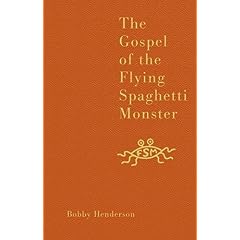