After work tonight Amanda and I decided to go watch Rocky Balboa:

I have to confess I wasnt sure I would like the movie, still have horrible memories of Rocky V. However this was a really enjoyable film. It was a suprisingly good script very much in the tradition of the first two films, although not as good as either of those. It’s definitly fun, and another one of those feel good movies.

Had a tough day at work trying to get my head around RDF and Jena, but got what I wanted to do done! Felt a bit drained by the end of the day but hey its Friday so Amanda and I decided to catch a movie. We ended up watching Miss Potter. We actually laughed as we walked into the cinema to see all the chairs empty, we thought cool we can sit anywhere, but just as the film started four or five other people walked in ( no I didn’t throw popcorn at anyone … honest! )

Even though I’m going to get labelled a guardian-reading-tree-hugging-liberal (or worse) by Sam, I’m gonna go ahead and admit that I really, really enjoyed the film. It was really wonderful, magical and extremely heart warming. It was tinged with a little sadness half way through but the film ended beautifully. Renee Zellweger’s performance as Beatrix Potter was excellent as was Ewan McGregor’s performance as her publisher. The location’s particularly in the Lake District and the Isle of Man were stunning. I loved the way they combined animation into many of the scenes.

I definitly recommend the movie!

Had a really wonderful afternoon/evening yesterday. My friend Richard and his wife Paula came to visit me. I’ve known Rich since I was around 11 years old, and we’ve been getting in and out of trouble together for almost twenty years. We spent the late afternoon at my place catching up since we havent seen each other in almost a year, we spent a long time talking, reminiscing and generally having a laugh ( mostly at my expense! 😉 – oh well some things never change :p ).

Later in the evening we decided to go out and grab a bite to eat and then catch a movie. Paula wanted to watch the new Will Smith movie, The pursuit of happyness:

It’s an incredibly moving story and Smith’s performance as Chris Gardner is absolutely brilliant. I dont really want to talk about what happens in the movie so all I’ll say is its definitly definitly worth watching.

What if all the problems on earth weren’t caused by a spiteful deity, or karma, or even fate, but just office politics and the Peter Principle? That’s the idea behind this six part series on YouTube, which is set in the corporate offices of God. The series is the brain child of Francis Stokes a writer, film maker and evironmental guru. Only the first two episodes are currently available but after watching them I thought they were hilarious, if you get a chance do watch episode 1, and episode 2. Each episode is around 6 minutes long so it doesn’t take very long and they make for an interesting diversion.

It’s no secret that I rarely watch indian movies. I came to see my parents this evening, and whilst I was here my sisters put on the rather enigmatically titled Black. Normally that’s the point at which I go and find something else to do, but this time they convinced me to stick it out. The film stars Amitabh Bachan, Ayesha Kapur and Rani Mukherjee. What struck me was the raw emotion in this film. It isn’t one of those normal bollywood films, there are no dance sequences, no comic acts, and none of those badly choreographed, laughable, fight scenes. 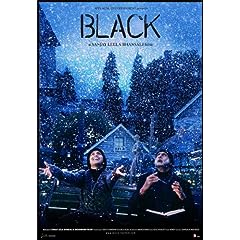 It’s the story of darkness in the life of a a young woman, Michelle McNelly, who is portrayed as a child in the first half of the film by Ayesha Kapur, and the second half of the film by Rani Mukharjee. Michelle is blind and deaf and unable to speak, her world totally dark. Until she meets her teacher and mentor Debraj Sahai, played by Amitabh Bachan. Sahai has dedicated his entire life to teaching blind and deaf children to communicate. He takes it upon himself to remove the blackness from her life, the entire film is a journey between these two people as Sahai obsessively teaches Michelle how to sign, and how to live a dignified life, unaware that his own life will take an unfortunate turn in which Michelle will play an important part – when he becomes blind himself and finally looses his mind and its left to her to prevent him from harming himself.

It’s an incredibly moving film .. the kind twists your heart all the way through yet leaves you bathed in rapturous contentment as one critic put it. I can’t help but think it captures the same feeling of human triumph over incredible adversity and tragedy that films like The Shawshank Redemption have.

I never thought I’d ever recommend an indian movie to anyone but I do recommend this one. Much of the dialogue is in english, interspersed with hindi, whilst that might be offputting for some the movie is easy to follow and I think the emotions and acting transcend any language barriers. You dont just watch this movie you actually feel it. 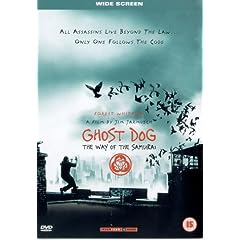 Ghost Dog:The Way of the Samurai

Had a fun evening last night, one of my colleagues popped over for an evening of eating Pizza and watching old kung fu movies. We decided to watch the first episode of Monkey ( i’m one of the sad gits who has the complete series on DVD) anyway she and I got all philosophical as we laughed our heads off watching the exploits the Great Sage, Equal of Heaven!. However before she left, my friend lent me her copy of this incredible film that I’d never heard of called Ghost Dog. I got round to watching it this morning when I got back from the gym, and I have to admitt I was completely engrossed.

The movie Ghost Dog revolves around its title character, an African-American mafia hit man who has taken the spiritual and philosophical posture of a samurai, and his attempts to reconcile his beliefs with those of his employers. Ghost Dog (Forrest Whitaker) devotedly carries out assassinations for his retainer Louie (John Tormey), a mafia foot soldier who once saved his life. However when the daughter of a mafia don witnesses Ghost Dog executing a foot soldier, the local Don orders his execution. The film basically follows Ghost Dog as he attempts to survive, this ordeal is extremely complex as he attempts to adhere to the strict samurai code.

Ghost Dog attains high levels of spirituality by practicing martial arts and reading the Hagakure: The Book of the Samurai, an 18th century book that established the philosophy of the samurai – which I’ve mentioned previously on this blog since its a book I’ve been reading and re-reading for a number of years. In fact the movie is littered with quotes from the Hagakure which are presented intermittently on the screen throughout the film. Perhaps thats one of the reasons I was so engrossed by this movie.

Forrest Whittaker is excellent in the title role, this isnt a big budget special effects laden movie, nor is it overly violent. It’s one of those movies that revolves entirely around the characters.

I think its excellent! and I thoroughly recommend it 😉